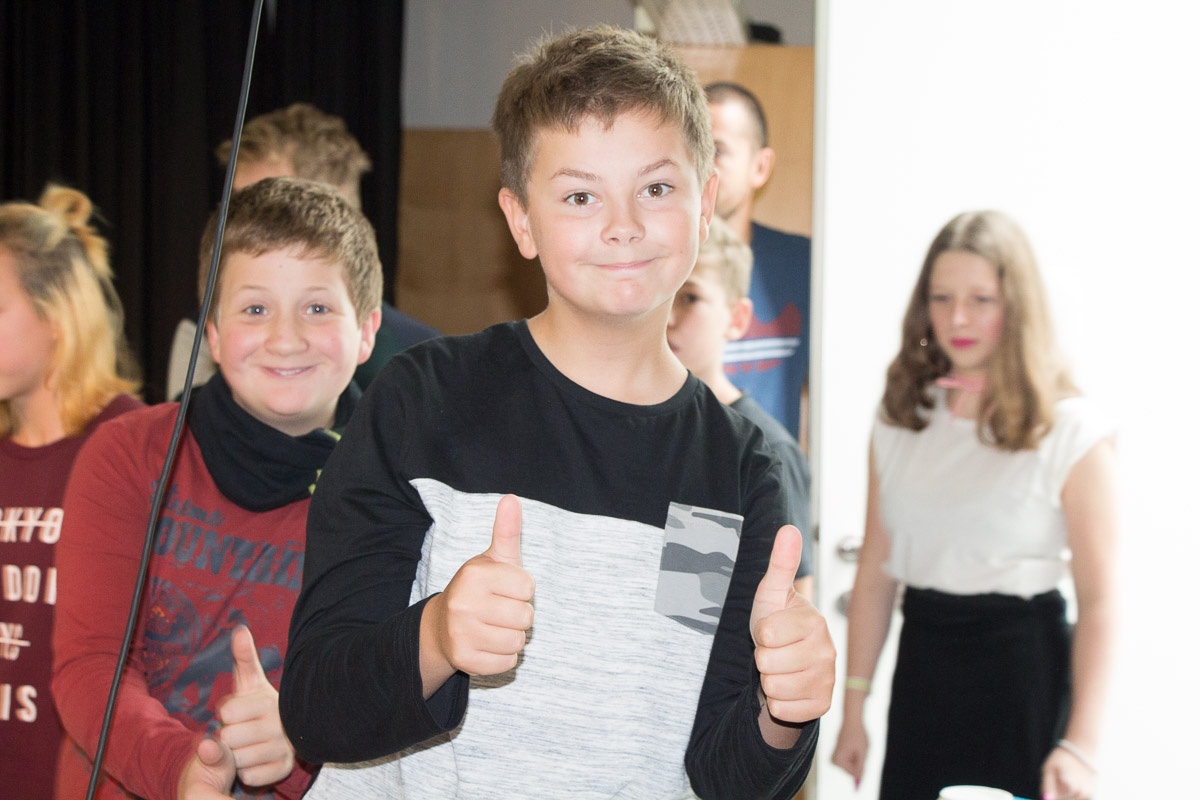 Our English week started on Monday, September 18th and ended on September 22nd. There were three English native speakers: Luca from Florida, and Phil and Dan from London so our two classes were split in three groups for six hours each day. The teachers were very cool and taught us interesting things.

The lessons were very funny because we played many games e.g. Activity, Taboo, and we also went three times to the gym. During this week, we wrote a rap, a comic and a short and entertaining sketch. At the end of the week, we made short presentations for the 3rd forms where we acted out the scenes we had prepared. All in all, it was very nice and we hope the next 4a and 4b will have as much fun as we had.

This is what some of the pupils of the 4a and 4b reported:

We spoke English the whole week and had a lot of fun. (Kora Pfeiffer, Lea Baumschlager)

The best native speaker was Luca because he likes jokes and understands us. (Michael Pupeter, Jakob Scheuer)

It was good to speak English all the time. (Iva Sekerija)

The difference to the normal lessons was that we did most of the activities in groups. (Paula Wesely, Katharina Krainer)

I think it was a good experience and I really tried to speak only English and at the end it was very funny because I started speaking English in my free time. Unfortunately it was a very short week. (Florentina Fischer)

At the beginning, we thought that the English week would be boring, but in the end it was funny and exciting. (Simon Rausch-Schott, Oliver Gramer)

The English week was different, because we didn’t get any worksheets and homework. (Sebastian Kager, Felix Schmidhuber)

We personally think the sketches were the best part of the week because we had a lot of fun. (Martin Hausleitner, Paul Hilpert, Christoph Göllner)